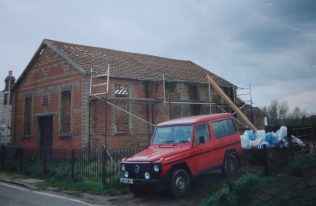 Opened in 1864 but ceased to be used by the Primitive Methodists in 1949. This was a chapel that was built to seat 100 people with the use of pews. It had one school hall but no other rooms. In 1994, the chapel was gutted to be converted into a house but by 1996 it lay empty as permission for residence was not given.