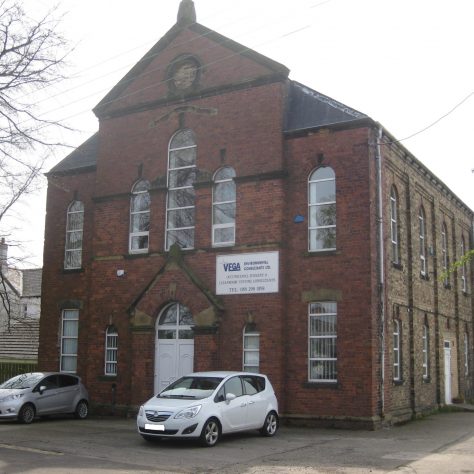 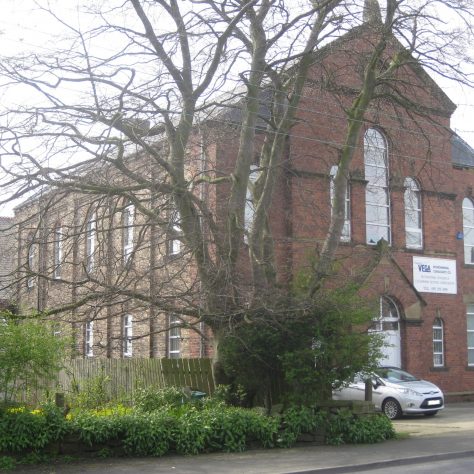 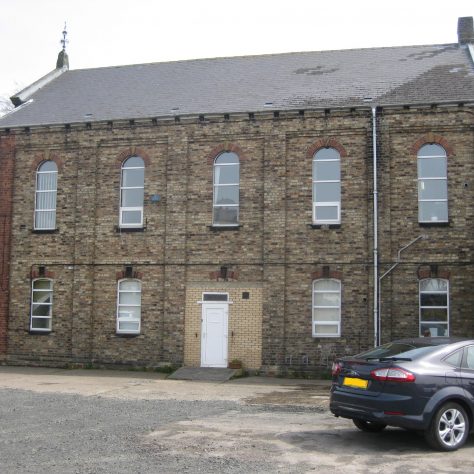 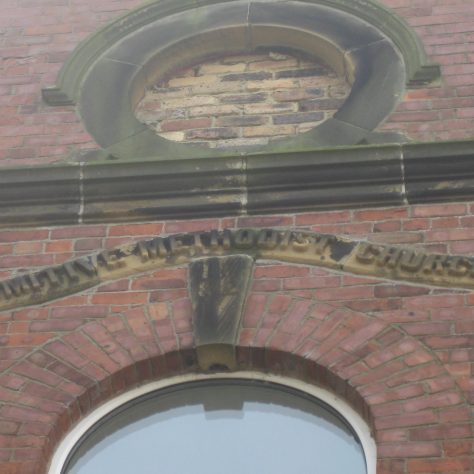 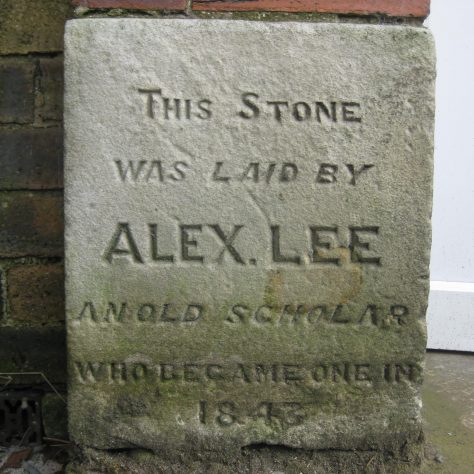 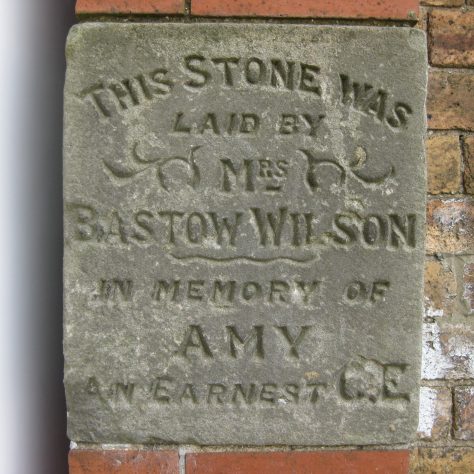 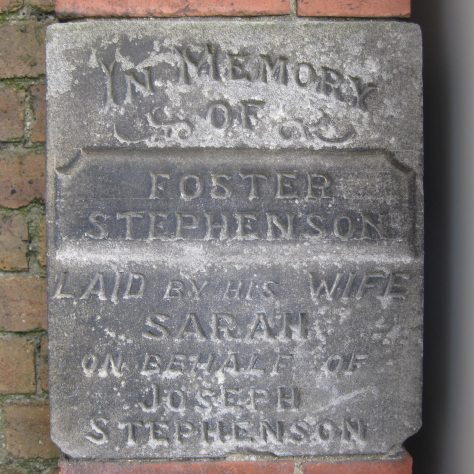 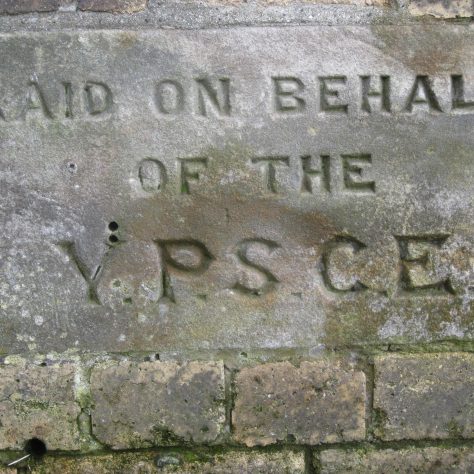 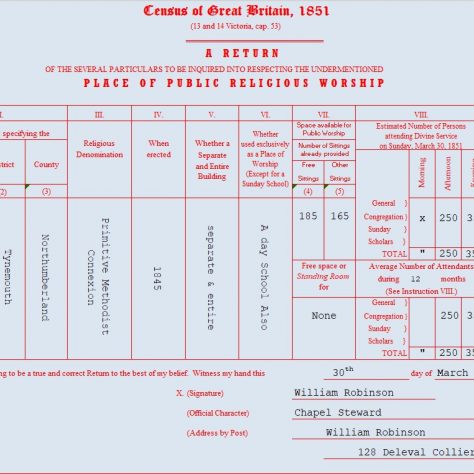 Seaton Deleval: Return from the Primitive Methodist chapel in the 1851 Census of Places of Public Religious Worship
transcribed by David Tonks 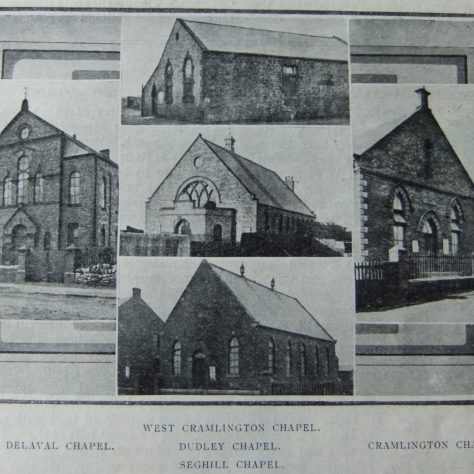 This is a very large chapel with a large extension on the back. The bulk of the building is made of a mixed ochre brick while the front façade is made of red bricks. It closed in the 1980s and in May 2016 it is being used by Vega Environmental Consultants Ltd. They have converted the inside to make offices by putting in a mezzanine floor. The external appearance of the building and surrounding land indicates a caring attitude towards this 19th century chapel. All inscriptions and foundation stones are still in place.