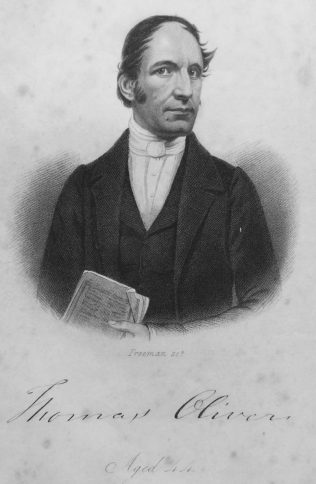 A transcription of the obituary published in the Primitive Methodist Magazine by Thomas Southron is attached. It contains many extracts from his journal particularly covering the early years of his ministry and the first mission to Scotland in 1825. The obituary also records the death of his wife two weeks after Thomas died.

Thomas was born on 29 October 1804 at Sunderland, Co. Durham, to parents Joseph Oliver and Elizabeth Hall. He was baptised on 2 July 1805 at Sunderland.

J Petty, The History of the Primitive Methodist Connexion, 1880, p244