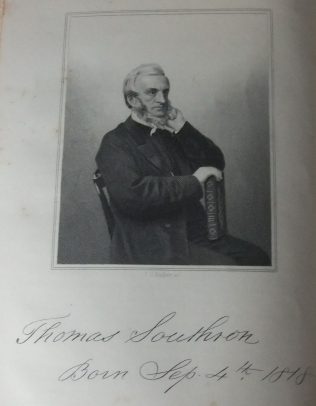 Thomas wrote ‘The Gospel the Power of God to Salvation’ published in the PMM 1851.

Thomas read an essay on the subject of Science and Scripture  to the Association of PM Minister in Sunderland in 1865. This was published in the PMM in 1869.

For many years Thomas was District Secretary and he also examined ministerial candidates at Elmfield College  and probationers (See report published in PMM 1869, p563)

His obituary records that as well as being a popular preacher, he was a born administrator, a great organiser and a hard practical worker. He was sent to several circuits that were labouring under a cloud or where there was division.

Thomas was a considerable student himself. He had a knowledge of Hebrew and Greek, was well up on history, English and biblical subjects. He was also strong in Methodist Theology.