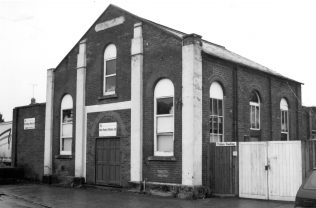 zoom
The chapel in 2002
Richard Hogg 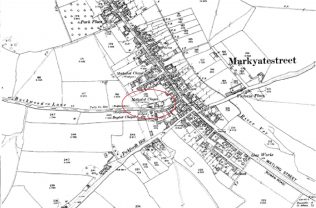 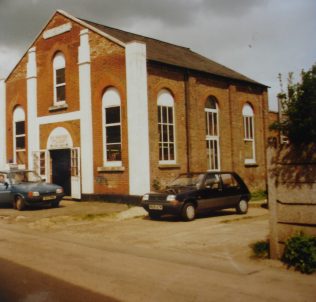 The Book of Markyate, published by the Markyate Local History Society in 2002, has the following to say about Markyate PM Chapel.

“The Markyate Primitive Methodist Chapel was built some time in the 1860s on a freehold site on the north side of Buckwood Road. There is some confusion about the date that it was built. A plaque on the outside of the building, now unreadable, gave a date of 1862. The chapel schedules, however, give two different dates of 1870 and 1869. The cost of building was £327.7s.1d., including a mortgage of £200.

Initially the chapel was part of the Dunstable Circuit, but it soon became part of the Luton I Circuit. Membership was on the low side and for many years the schedules give figures for the chief services of 20 and 30 people. In 1884 the chapel was sold to the Luton II circuit for £140, it is assumed with the existing mortgage still to be paid. Before 1884 the was no Sunday school, but shortly after Luton II took it over, there were four male teachers, with 11 male and two female scholars. By 1896 attendance had grown, with around 50 people attending the chief services. The Sunday school had three male teachers, ten male scholars and four female. However, by 1897 a comment in the schedule gives information on the state of the Sunday school: ‘This School has collapsed once more.’ By 1898 it appears to have recovered again.

Luton Circuit III took over the chapel in 1902, but problems were not far away. The minutes for 15 October 1906 gave details of why it should be sold:

The income is inadequate to meet the interest [on the Mortgage] and other expenses.

The property is in a dilapidated condition. Need £35 for repairs. Figure not raisable at Markyate or by Circuit. … the chapel was built in 1869 … Unable to pay off original debt …

There is no Sunday school, nor has there been for 6 years.

It is opposite a very good Baptist chapel.

The minutes for July 1907 proposed advertising the chapel for sale in the Luton News, the Reporter, and the Advertiser. In the minutes from September there was a further proposal for auctioning the premises. The harmonium, which had been bought in October 1896, was sold for £4.10s. to a Mr Impey in September 1907. The chapel was then sold in November for only £100 to W. Spary, one of Markyate’s wheelwrights.

The chapel was later used by the Sebright School for woodworking and other classes. Since then it has seen use as a small factory.”

[Quoted with the permission of Richard Hogg, co-author with Geraldine Hogg.]

In the first decade of the 21st century, the old chapel buildings were demolished and replaced by the housing that now occupies the site.