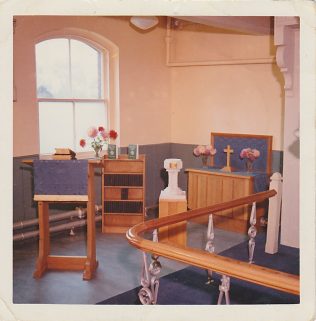 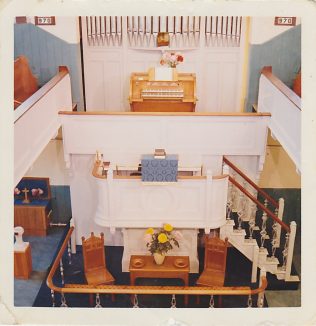 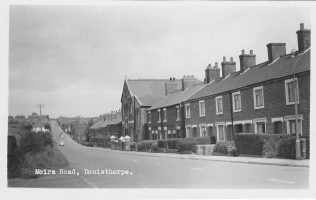 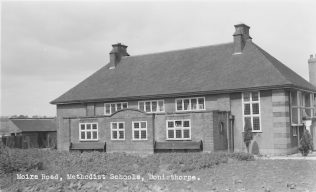 Moira Road Methodist Chapel, previously known as Moira Primitive Methodist had its roots in Stone Rows, Moira as explained in the extract from the 75th Anniversary Booklet attached. I was born into this chapel in 1957 and was baptised by Rev Jack Charlton who is mentioned by his son Todd in the comments for ‘Stone Rows’.

The building is now known as Lewis Charlton College.

Editor’s note: I have transferred to this page the information and map from an earlier page headed Stone Rows chapel

Paul Wood identifies that the chapel appears on the 1885 Ordnance Survey maps.

On May 18th 2019Tod Charlton added this comment to the page:

“My Father, the late Rev’d Jack Charlton, was Minister of this chapel from 1957 to 1963. I recall it had a very fine pipe organ. My father was very fond of Handel’s Entry of the Queen of Sheba, and loved to hear it played by organist Norma. I remember also that not many years after Jack moved Circuits, the Chapel had to be closed and the congregation moved down the road to worship in the then Schoolroom (now Lewis Charlton College – no relation!).“