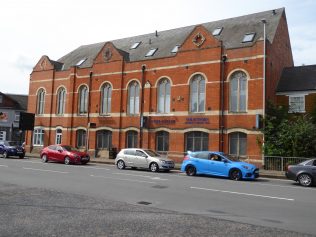 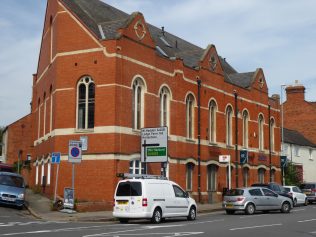 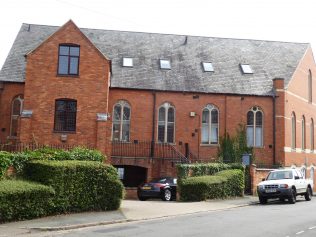 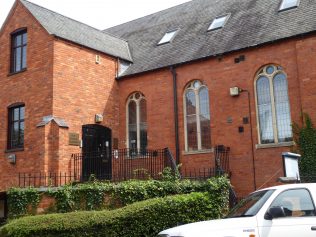 Harleston Road Primitive Methodist was built in 1899. The architect was H Dyer of Sheep Street in Northampton. A press report of the stonelaying described the proposed building.

“The chapel itself will accommodate between 400 and 500 people. There will also be a schoolroom, 51 ft. by 23 ft., with six large classrooms ranged on each side. A large room suitable for lectures, etc will be provided, besides a ladies’ parlour, refreshment room and other offices. The building is in the Romanesque style and will cost slightly under £1700”.

There is a photograph of this building in the Handbook for the Primitive Methodist Church Conference at Northampton in 1918. In 1940 it was reported that besides the chapel seating for 400 in pews. There was a schoolroom and five other rooms. This suggests that the scheme was never completed to its full extent.

The building was still in use as a Methodist place of worship in 1959 but was subsequently closed, perhaps when the new Harleston Road chapel opened at Duston. It was subsequently converted for use as offices. A new bay was added at the south end concealing (or replacing) the original gable façade and main entrance. It blends perfectly with older building and can only be detected on close inspection. A ramp has been installed so that the ground floor (former Sunday school?) can be used as a car park. A new entrance has been provided at the back of the building which is now called Old Church Chambers and used a solicitors’ offices.

In 1940 it had seating for 400 in pews. There was a schoolroom and five other rooms. Methodist Church Buildings: Statistical returns including seating accommodation as at July 1st 1940, No 681