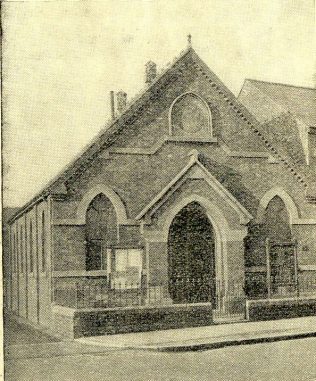 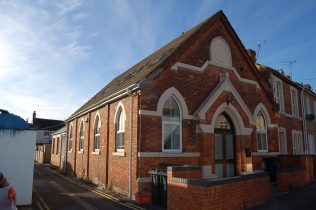 zoom
Former Butterworth Street Primitive Methodist Chapel including terraced house which was in use as offices when Chapel closed.
Neil Pithouse 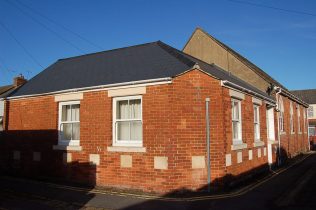 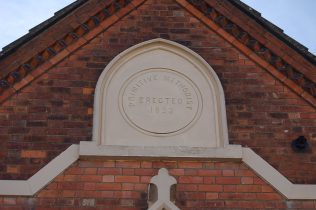 The 1893 Primitive Methodist magazine tells us of the laying of foundation stones for a new chapel in the Swindon Second Circuit, to replace the mission hall at Westcott Place which was no longer big enough.

The Souvenir Official handbook of the Brinkworth and Swindon District Synod, held in Swindon from April 28th to May 3rd 1910 to celebrate the Connexion Centenary gives the following information about the Butterworth Street society:

“Butterworth Street was the first society formed after the division of the  circuit and consisted of 6 members; present membership 39.

Services were held in a shop at the corner of Marlborough Street, Westcott Place, until the opening of the new church, Butterworth Street, on April 2nd 1893. The church and cottage cost £580; present debt £180.  There are 17 Sunday School teachers and 97 scholars.”

The Swindon circuit was divided in 1890 because it had grown so quickly over the 13 years since it was first created in 1870.  As the town grew in size, membership increased from 433 to 694.

The Souvenir Handbook for the 1932 Brinkworth and District Synod, held in Regent Street chapel, Swindon says the following about Butterworth Street: the writer clearly read the 1910 book for historical information.

“Butterworth Street was the first society formed after the division of the Circuit and consisted of 6 members. The member­ship now is 42. Services were held in a shop in Westcott Place prior to the opening of the Chapel in 1893. Mr. and Mrs. H. Williams, who celebrated their diamond wedding in 1926 started the Sunday School here, and still take great interest in the Church. The late James Nash was trust secretary and choir conductor for some years. The memory of Mr. and Mrs. Curthoys, who lived to celebrate their diamond wedding, is cherished, as also is that of John Hinton and Geo. Allsopp. The Rev. F. 0. Sheppard, now at Hartley College, was one of a fine company of young men to be found here.”

I played in the church in the late 1960s. It is now closed but the building has been restored and (in 2012) retains its Primitive Methodist circular tablet.