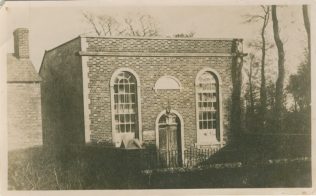 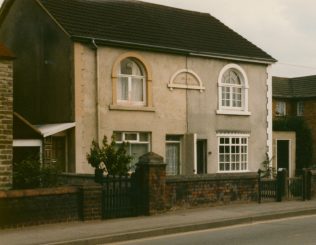 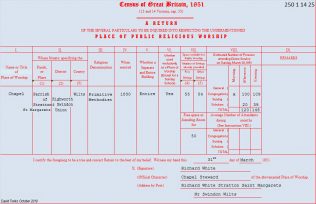 The village of Stratton St Margaret is just outside Swindon: it is also known as Lower Stratton.  It was missioned early with meetings held in 1825 in Mr Habgood’s carpenter’s shop at Stratton Park Cross Roads.

The first chapel building erected in 1830 in Swindon Road, SN3 4PU was not entirely welcomed; “slates were broken to pieces by some ill-disposed person or persons“. It was later enlarged and is now two cottages.

The opening of what is called Stratton chapel in the Brinkworth circuit is described by John Ride in the 1830 Primitive Methodist magazine. The foundation stone was laid by Mr W Pinegar on May 31st, when the preachers were  Mr and Mrs J Ride, and the chapel was opened on 27th June – only a month to build it! Preachers at the opening were Brother Jukes and Sister M Cutler.

This chapel is recorded in the 1851 Census of places of Public Religious Worship under the name Stratton St Margarets – and the ‘s’ is often still added to the name locally. The return was made by the chapel steward, Richard White.

Enlargement of the chapel was described by G Wallis in the Primitive Methodist magazine of 1856. There were services, including one in the Baptist chapel, and a tea meeting.  Preachers were . B. Breeze (Baptist), Mr. J. Humphries, C. Morse, J. Hunt, J. Mapson, and J. Tuck. Named donors were . R. White, Mr. C. Morse, W. Collett, S. Davies, D. Trotman, R. Wilkins, and the Misses White, Collett, and Morse.

In 1884 a new chapel was built by Thomas Colborne as the congregation grew. You can read about it here. Around 12 months later the old building was sold and converted into two cottages..  .