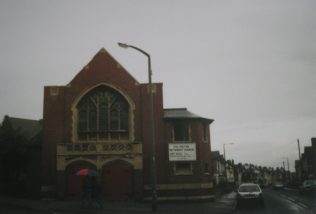 Keith Guyler notes that the chapel was opened in 1924.  It is still in use as Edlington Methodist Church at the time of Keith Guyler’s photograph in 1999 and on Google Street View in 2011.

However in February 2015 it does not appear on the list of churches on the Doncaster Circuit website.