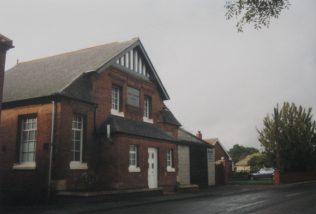 Fishlake Primitive Methodist chapel was built in 1858 and closed in the 1950s. At the time of Keith Guyler’s photograph in 1999 and Google Street View in June 2009 it was in use as a funeral directors – BA Wright and Sons.  The tablet on the front gives the date of its rebuilding in 1880.

However, preceding the above chapel, the Religious Census return for 1851 refers to a Primitive Methodist chapel in Fishlake built in 1838.  It is noted as ex Wesleyan.  In the morning there was no service but a Sunday School for 30 children.  The afternoon service had 62 worshippers and the evening service 40.  It was signed by George Dale, Superintendent.