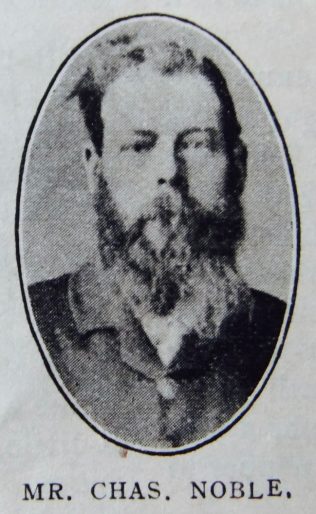 THE death of Mr. Charles Noble, of our Weston Colville Church, which happened on July 15th, 1914, has removed one who for upwards of fifty years served the Haverhill Circuit loyally as local preacher.

He was born in 1843, and early came under religious influences. In his youth he decided for Christ, and soon began actively to engage in Christian work. At that time the Haverhill Circuit was of wider extent than at the present day, and entailed on the preachers long journeys, which in the winter months were difficult and trying. Our friend, however, showed no shrinking from his task, but responded willingly to every call, and won for himself a reputation for devotion and zeal throughout the whole circuit. Every Good Friday it was his custom, in response to the wish of the church, to preach at Weston Colville. He continued to perform this service year by year until incapacitated by illness.

He was also one of the trustees of Weston Colville Chapel, and ever keenly interested in the work there carried on. When stricken by a painful and wasting disease his fortitude and faith never left him, but be continued to trust in his Redeemer and to pray for blessing on His work.

His passing away removes another of the old standard bearers, of whom our church at Weston Colville numbered a noble band.

To the widow who is left solitary we pray the Heavenly Father’s comfort may be given.

Charles was born at West Wratting, Cambridgeshire, to parents Robert and Mary. Robert was a gardener.

Charles worked the land. He married Sarah Ann Whittaker (1846-1920) in late 1863 at West Wratting, Cambridgeshire. There were no children.