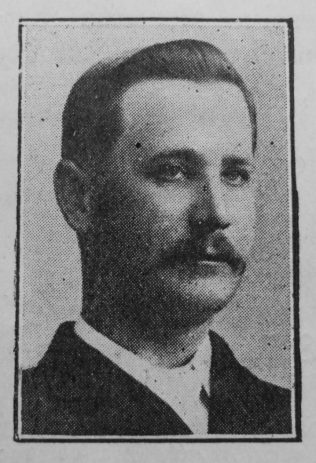 Born at the Farlands, Herefordshire, January 19th, 1856, Henry James Nott passed away at Morehampton Park, Abbeydore, Hereford, January 3rd, 1907. He was blessed with a godly ancestry, his parents being eminent Christians and notable Primitive Methodists.He never knew when he was converted. When a youth he joined our church at Lingen, a church his parents had founded, and which it was his pride to sustain and develop. On his father’s removal from the Farlands he remained at the farm and became a class leader, society steward, and an active worker in the school. Though not a local preacher he would not allow a service to go down.

Educated above the average and more widely read than many he yet shunned public work, preferring to devote his gifts to the quiet forms of Christian service. Steward of the Leintwardine circuit about twenty years, he stuck to his post through its years of misfortune and bereavement. How brave and loyal he was, and how we all loved him for the spirit he bore and the work he did! His circuit delighted to honour him, and he was a member of District Committee, delegate to District Meeting and elected to Conference.

How many ministers and missionaries and local preachers have found a hospitable welcome at the Farlands it is impossible to say. Deeply interested in our Foreign Missions he and his family looked forward to the anniversary, and he was warmly assisted by his devoted wife. Some three years ago he removed to Abbeydore, Kingstone circuit and soon won appreciation and respect.

During the last year his health began to fail, and medical skill and devoted nursing failed to arrest the course of disease till death liberated him and he sped on angels’ wing to the painless land. On a  beautiful winter’s day he was interred at Lingen amid a large assemblage of people of varied position who had come to pay their last tribute to a man greatly beloved. The service was conducted by the writer assisted by Rev. J. Johnson. His character was finely wrought and his life perfected by goodness. Without parade he lived the Christian life and leaves to his family and the community a heritage

“Richer far than realms on earth
Or mines of shining gold.”

Henry was born at Farlands, nr Lingen, Herefordshire, to parents James, a Farmer, and Jane.