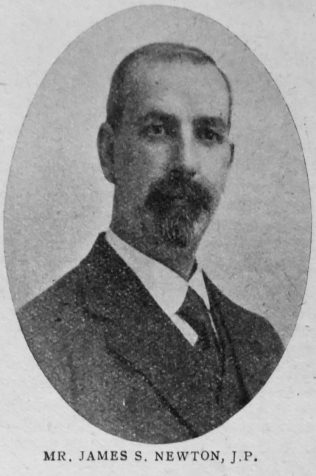 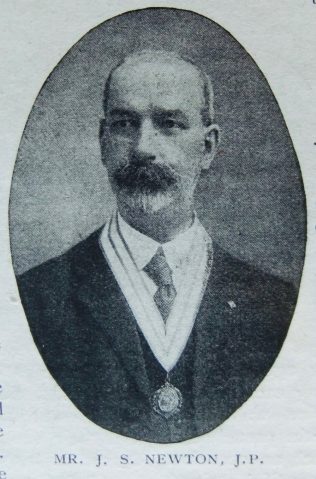 Transcription of a sketch in the Christian Messenger by Rev. J.G. Bowran

We have known Mr. Newton since our childhood, and can testify to the value of his character and service. He has been associated with our Prince Consort Road Church, Gateshead-on-Tyne, since the beginning, and indeed, was a scholar in the old Worcester Street Mission, which preceded it. When a youth of seventeen he was appointed Secretary of the Band of Hope. He has since acted in various offices; Sunday-school Secretary, Trust Secretary, Chapel Steward, and he is a Trustee of the premises. He has been teacher of the Young Men’s Class, and was the first to organise the Church “At Home.” His wife was a scholar in the same Sunday-school, and has shared all his activities and successes. They had the pleasure of acting as Host and Hostess at the 25th Church “At Home.”

Mr. Newton is especially known in Gateshead in Durham County and throughout the Rechabite world, for his zeal and wisdom in Temperance work. He was one of the Founders of the Gateshead Temperance Council, and was appointed Secretary of the first Rechabite Tent opened in Gateshead. To-day there are thirty-nine Adult and Juvenile Tents in the Gateshead area, with over eight thousand members. After holding this position for thirty-seven years he was succeeded by his son Fred. He was elected a District Officer in 1886, and has been in office ever since. During his term as District Superintendent there was an increase of five thousand Juvenile members. At the present time the membership of the Juvenile Section in County Durham totals fifty-one thousand. He served as Secretary of the International High Moveable Conference at Edinburgh and Penzance. He is a member of the Board of Directors of the Order, and the Secretary of the Durham County District, which is the largest in England. He was appointed a Justice of the Peace for his native town in 1918.

Mr. and Mrs. Newton have had a family of seven sons and one daughter, one of whom died in infancy. The eldest son, James, distinguished himself in his boyhood in securing the first place in the Junior and Senior Divisions in the Scripture Examinations. Later on he joined the Civil Service, and was resident in Africa for some years. Here he attended our Aliwal North Mission Station. Unhappily he contracted a fever, and was obliged to be sent home. In spite of the most careful nursing he succumbed to his illness. The second son is living in York. All the rest of the family are in active association with our Church in Gateshead

With the passing of Mr. James S. Newton, ].P., (on June 15th, 1925) the Prince Consort Road Church, Gateshead has lost one of its oldest members and most generous supporters. He joined the society before the present church was built, and served in various official capacities in the school and church. He organised and carried out some of the biggest financial ventures, and was a Society steward for over twenty years. In all his labours he brought to the service of Christ’s church the inspiration of an upright character, a sterling efficiency, and the quiet dignity of a Christian gentleman. His church was continually indebted to him for his fine contributions to its fellowship and good comradeship, and the passing of our brother leaves us with a sense of great loss and a vacant place not easily filled. For the greater part of his life our brother was an active temperance reformer and rendered splendid service to the Order of Rechabites. He was secretary of the Gateshead Victoria Tent for nearly forty years, and rose to the position of Chief District Officer. In 1918 he succeeded to the district secretaryship of the Movement, and in the same year was made a Justice of the Peace. In 1923 our brother was elected Deputy Ruler of the Order of Rechabites, and if he had been spared he would have passed on to be High Chief Ruler. He died in harness. He was at his post all day on Sunday, June 14th, and passed to his rest in the early hours of the following morning. His comrades in service crowded the church for the last rites. The note of triumph blended with that of sorrow as we said: “Servant Of God—well done!”

James was born in 1861 at Gateshead, Co. Durham to parents Thomas and Anne.  Thomas was an insurance agent.