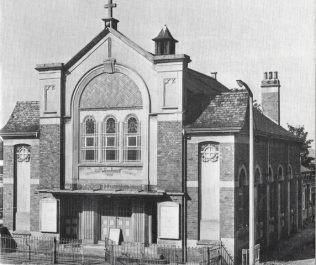 The chapel opened on 30 September 1838 when the preachers, along with Mr Tillotson were Messrs Petty, Blackman & Round.

The new chapel which measured 30′(l) 21′(w) x 17′(h) had a gallery at one end & with its opening, the society started a Sunday school. Thanks were particularly due to to George Ellins who gave all the stone & to Mrs Taylor and Mrs Wheeler who diligently obtained subscriptions towards the erection.

I cannot see a Primitive Methodist chapel on late Nineteenth century Ordnance Survey maps; where was this chapel and what happened to the society?