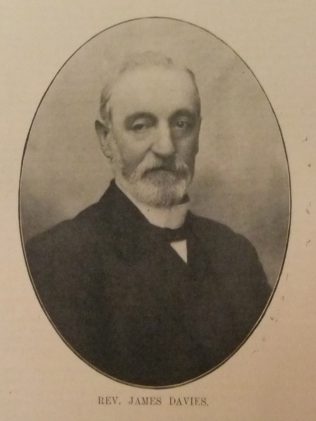 James was born on 25 November 1847 at Compton, nr Wolverhamton, Staffordshire. His parents were well known Primitive Methodists, and for many years services were held in his father’s house.

James was converted at the age of twenty. Twelve months later, he yielded to the solicitations of his brethren, aided by Rev Isaac Dorricott, to go on the plan. On the night he preached his trial sermon, Rev James Prosser urged him to enter the ministry. In November 1870, James went to Stafford, first as a hired local preacher and then as a probationer.

His obituary records that James was a soul-winner and a circuit builder. Many young people through his influence and guidance became local preachers and officials. He was an evangelical preacher and a capable administrator.

James served as Secretary in all District Departments. He served on the General Examining Committee and attended Conference on three occasions.