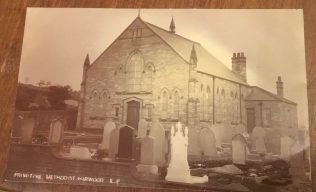 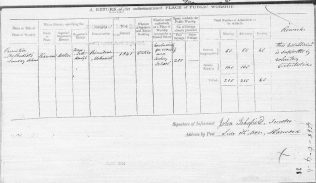 zoom
Harwood: return from the Primitive Methodist Sunday school to the 1851 Census of Places of Public Religious worship. Return no: 468 6 4 6
provided by David Tonks 2021

This church was built in 1890, but the Primitive Methodists began preaching at Harwood Lee, near Bolton, in the summer of 1837. A Society was formed, which met in the home of James Maden. When he moved away, the infant church rented a house, using one room for preaching, and the other three rooms for the Sunday School, which opened on 7 April 1839.

Before this church, known as Tottington Road, was built, the church was known as The Hephzibah Chapel.