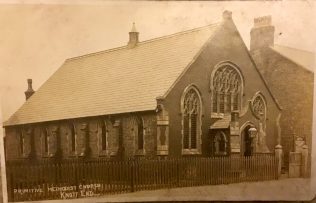 Religious services at Knot End began in the summer of 1904, with missions held in a house which is now the Spar store.

A new chapel costing £1,000 was built and soon attracted youngsters who formed a Sunday School. A schoolroom extension was completed and opened in 1927.

A kitchen and modern toilets were added in 1969. 1974 saw the transformation of the church’s entrance area creating a lighter, brighter interior.

Follow this link to view a picture of the chapel taken in 2006.