The present chapel was built in 1938 previous chapels having been pulled down. 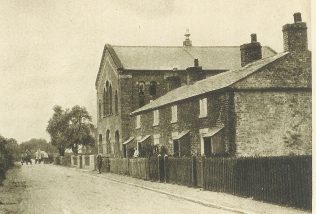 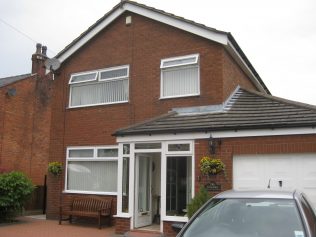 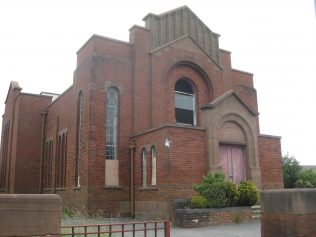 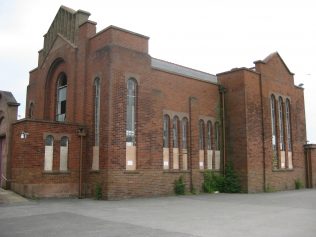 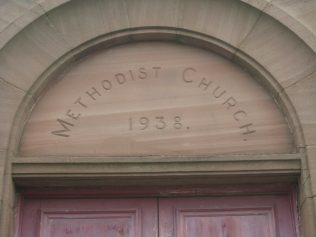 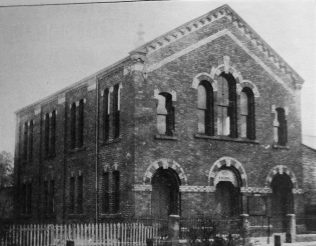 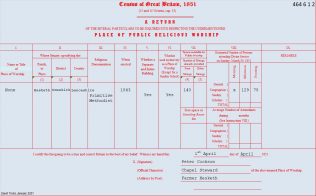 zoom
Hesketh: return from the Primitive Methodist chapel to the 1851 Census of Places of Public Religious worship. Return no: 464 6 1 2
provided by David Tonks 2021

Hesketh Bank was known as the ‘Seaport Village’. It was built on reclaimed land which is noted for its productiveness. The land was reclaimed by Sir Thomas George Fermor-Hesketh in 1834. The tidal flow of the River Ribble originally flowed over it.

The Primitive Methodists originally held their services in an old cart-house near the Hesketh Arms Inn. In 1843 they erected a small chapel in Back Lane. In 1852 the building was enlarged and later a large chapel and school were erected on the same site. It was said to have cost £1000. During the building of this chapel the Primitive Methodists worshipped in a barn. Sometimes there could be up to 300 people at the services. There were 70 members and 180 in the Sunday School. At times the services were so lively that the noise from shouting and singing could be heard for several miles around.

This new chapel was in a very central part of the village so much so that many attended  and Primitive Methodism flourished in the village while attendance at the more remote Anglican church dwindled. The Primitive Methodists were said ‘to rule the roost in the village’. Date of closure is unknown but it seems that it closed before 1938 when the present chapel was erected. The earlier chapel was pulled down in 1961 and in 1962 a house ‘The Willows’ was built on the site. In 2015 the house is still there.

In 2015 the 1938 church is closed and in a very sorry condition. The building has suffered from vandalism and is due for demolition. However there is still a Methodist presence in the village and a society is worshipping in buildings to the rear of the church. When the church has been pulled down 18 houses are due to be built on the site and to the front of the site a new worship space is to be erected. A café is to be incorporated into the building.