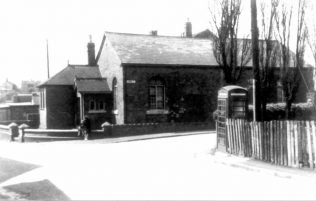 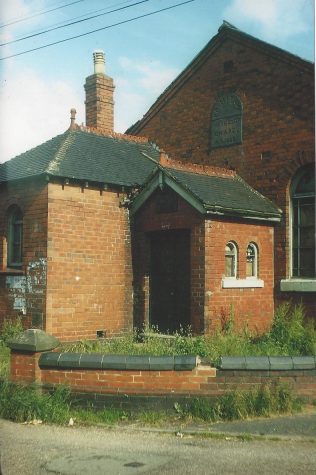 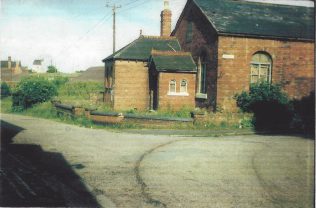 The Primitive Methodist Chapel in Wood Lane was opened in 1862.  The memorial stone was laid by Mrs Thomas Allen of Tunstall.

A large number of people were in attendance at the opening; they formed up in Red Street and walked in a procession to Wood lane. The Rev P. Pugh presented Mrs Allen with a silver trowel, mallet and square, provided specially for the occasion.

The trowel had the following inscription: ‘Presented to Mrs Thomas Allen of Tunstall, by the trustees of the intended new Primitive Methodist Chapel, Wood Lane, 7th April 1862.’  Mrs Allen then proceeded to perform the ceremony in the name of the Trinity.

The Rev Pugh delivered a short but pithy and appropriate address.  (In 1870 at the Primitive Methodist Conference in Nottingham the Reverend Phillip Pugh was described as the ex president).

Mrs Allen gave £10 to a collection in aid of the building fund.

The attendees retired to a tent in a field adjacent to the Wesleyan Chapel where tea was provided and some one hundred took part in the meal.  The entire proceedings were of an interesting and profitable character.

In 1863, Mrs Thomas Allen laid the foundation stone at a new chapel at Bradley Green and it was reported that, ‘This is the fifth foundation stone that this lady has laid in this circuit within a little more than four years. She now has in her possession five beautiful silver trowels.’  Mr Thomas Allen appears to have been a printer of Plex Street, Tunstall. Clearly a locally important Primitive.