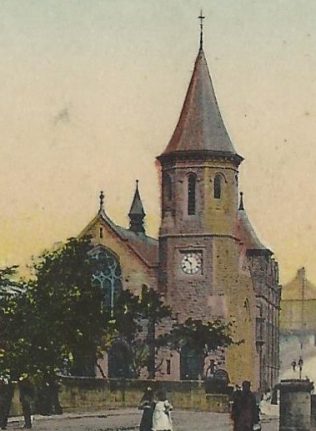 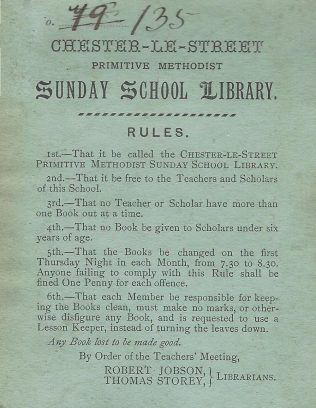 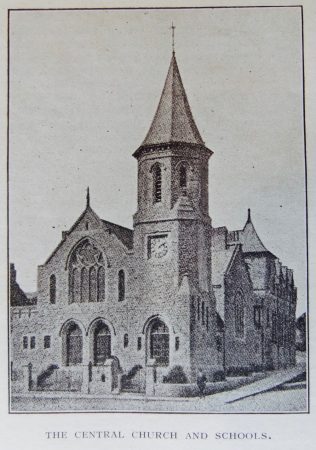 The ceremony took place on April 2nd 1860. The stone was laid by Thomas Gibson. Under the stone was an interesting collection of material, including the “Chester-le-Street Liberal,” the “Northern Daily Express,” a handbill of the services, a circuit plan, a document with the names of the trustees, and the coins of the realm.

It was an active society, including providing a library for Sunday school scholars and teachers.

The 1901 magazine contains an account of the laying of the foundation stone for a replacement grander chapel. When completed, the estate was expected to be worth around £6,000. In addition, a mission had been started at the other end of town.