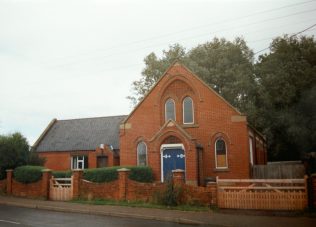 The reason for the move may be illustrated in a funeral report from the Teesdale Mercury of Wednesday, February 17th, 1926

It was  with deep regret that the many friends of Mr Richard Walker, jun., son of Mr John Richard Walker, for many years the village smith of Cotherstone, heard last week of his sudden death at the early age of 34 years. It is more than 16 years since “Dick,” as all who knew him affectionately called him, left Cotherstone, his native village, to take up work at Browney Colliery, where everyone who knew him respected him for his genial ways and happy nature . He died most suddenly on Thursday, February 4th , an d was buried at the Meadowfield Cemetery on Sunday, February 7th. The funeral was so largely attended that the Browney Primitive Methodist Church could not hold all the mourners. The underbearers were some of his fellow-blacksmiths at Browney and the floral tributes were many and beautiful. Mr Walker leaves a widow and young son. Heartfelt sympathy has been shown with them and his father, brothers and sisters, and also with Mr and Mrs Davison, his wife’s parents, at whose house he died.”