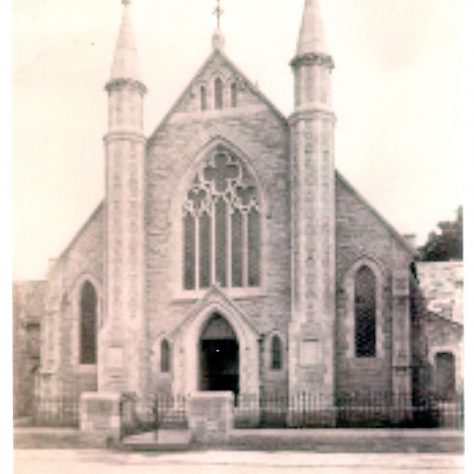 Photo by kind permission of Joyce Wood of Barnard Castle 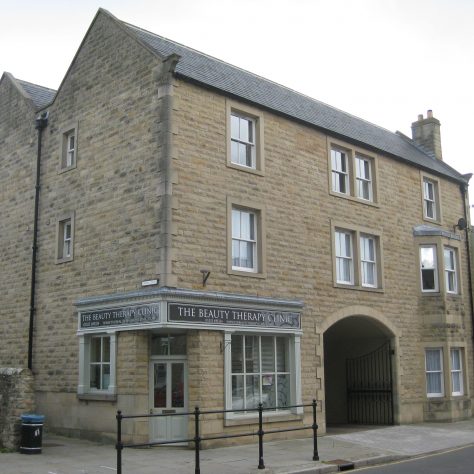 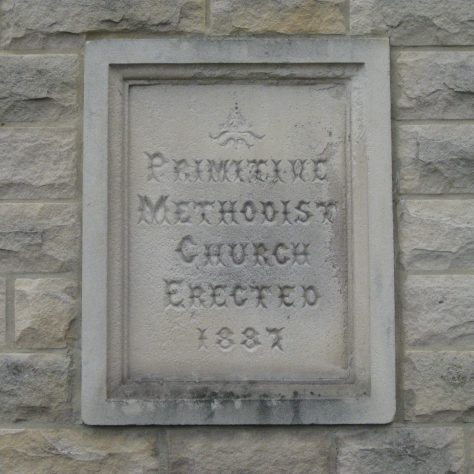 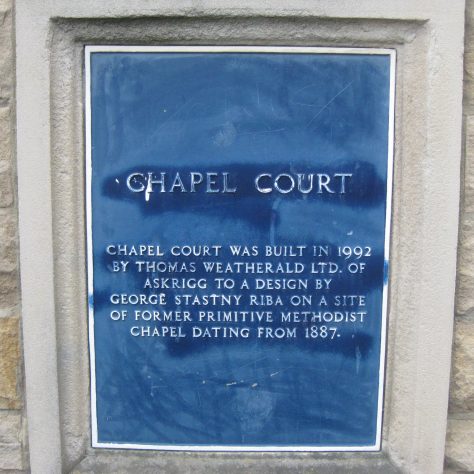 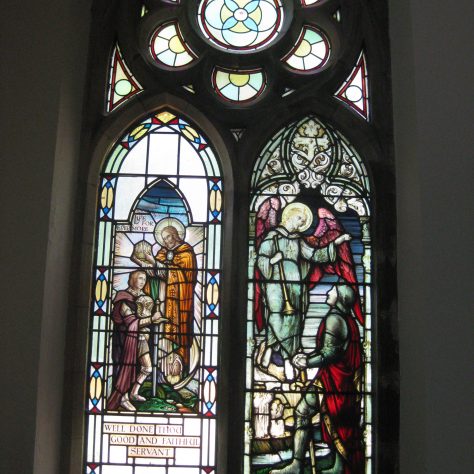 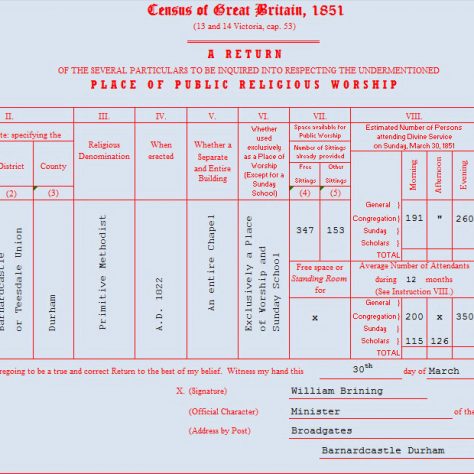 For sometime after closure the chapel was used as a warehouse and then demolished in 1992. In that year a block of tasteful apartments was built in its place by Thomas Weatherald Ltd of Askrigg. This is now known as Chapel Court. The plaque from the original chapel has been placed on the wall facing the nearby car park.

Photo No.5 shows a stained glass window from the original P M Chapel. This window is now in Barnard Castle Methodist Church.

The Primitive Methodist magazine of 1887 tells us of the laying of the memorial stones, with much rejoicing.  In addition to the chapel they were to build a school, caretaker’s house “and other conveniences”. They had worshipped in Barnard Castle for 60 years, with the previous church having been opened in 1829.