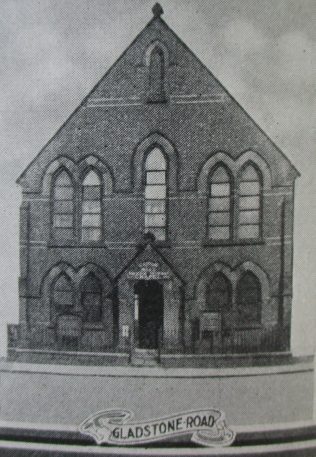 The foundation stones for Scarborough Gladstone Road Primitive Methodist chapel were laid in April, 1881, and later in the same year the building was opened for divine service. It seated 400 persons and cost £1,720.

It has disappeared from Ordnance Survey maps by 1987.  The site is now occupied by sheltered housing.