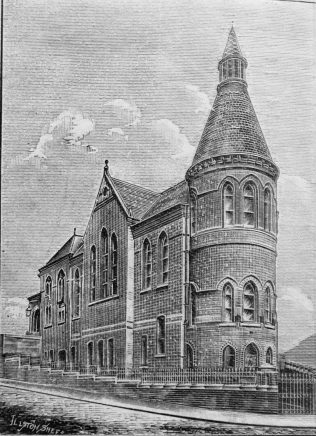 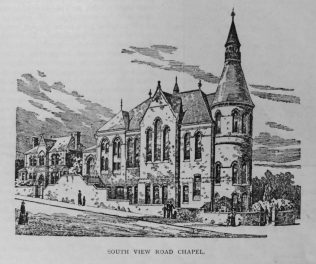 Abbeydale Primitive Methodist chapel in South View Road Sheffield is shown on Google Street View in 2012 as in the process of demolition.  By October 2014 the site has been cleared but not put to alternative use.

Sheffield Archives hold marriage records for the chapel starting from 1900. The last entry in the marriage register is 1949. This indicates the date the chapel hosted an active society.

More precisely, the 1892 Primitive Methodist magazine records the laying of the memorial stones for the new chapel and schools which were in the Sheffield Fifth station. Much support had come from the other chapels in the station. The June 1893 magazine records that the chapel had been opened. It had cost close on £5,000 of which they had raised £3,000