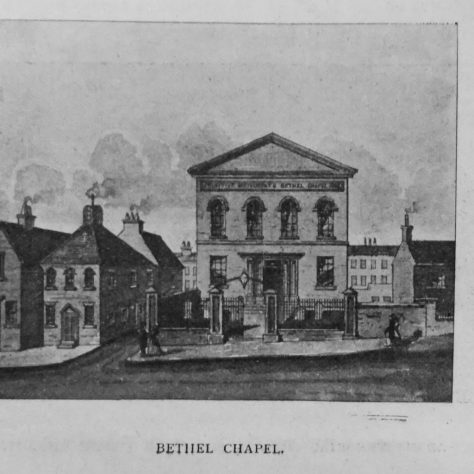 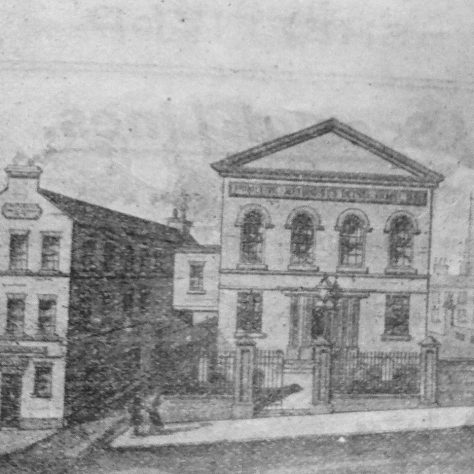 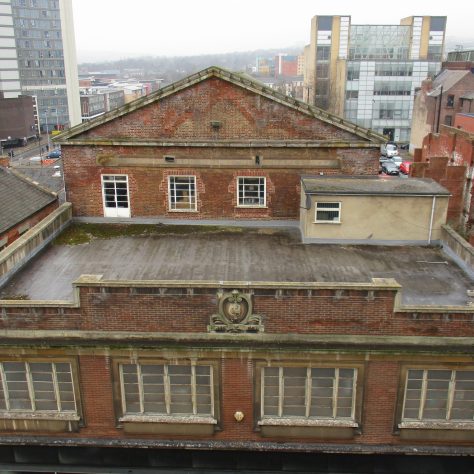 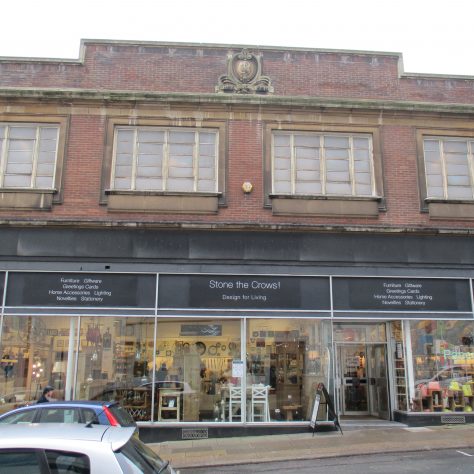 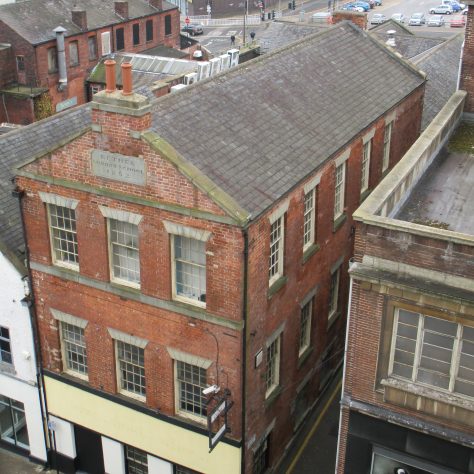 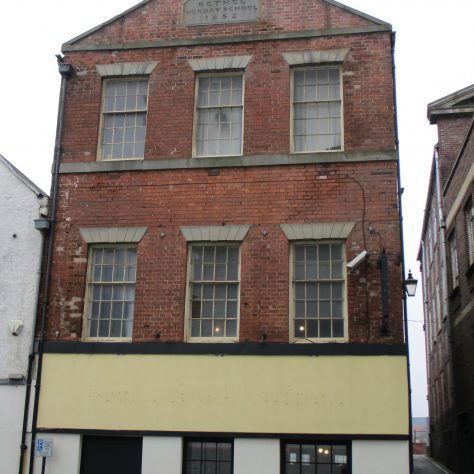 The extension built on the front of Bethel Primitive Methodist chapel in Cambridge Street Sheffield is in 2016 occupied by the Stone the Crows shop. The original frontage is much changed, but viewed from the John Lewis car park opposite, more of the original building can be seen. Although the shop is still in use, the roof of the former chapel behind has several slates missing.

The first chapel was built in 1820 and rebuilt in 1835. The Primitive Methodist magazine of October 1893 records the laying of memorial stones for expansion of the schoolroom. Sheffield Archives contain marriage records from 1919 – 1936, so the society was active at least until Methodist Union in 1932.

The Sunday School was the narrow three storey building next door, to the left of the chapel building; it is substantially unaltered externally and retains the stone tablet saying “Bethel Sunday School 1852”