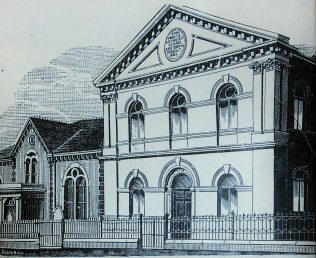 The opening is reported by John Davison in the Primitive Methodist magazine of 1846.

I can find little specific information about the chapel.  I can’t even find Maltby Street in Laisterdyke, either on Google maps or Old Ordnance Survey maps.