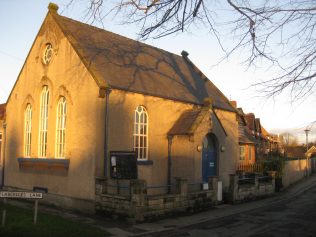 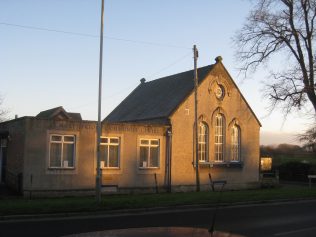 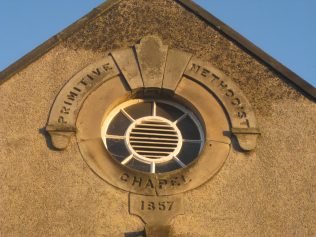 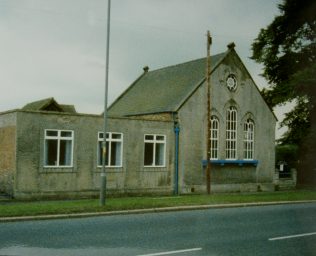 This chapel is a Grade 2 listed building. It is a single storey building of rough brick and partly rendered. It sits on the corner of the main road and Lascelles Lane where the main entrance is located.

It is no longer used for worship and in 2014 is currently being used by St.Mary’s Priory as a community centre.

R Tanfield describes the opening of the chapel in the Primitive Methodist magazine.

The foundation stone was laid by W Barker of Habton on August 1st 1857 when Rev B Shakspear preached. Preachers at the opening services from November 1st were C Smith , G Hill, J Milner and. R Tanfield.

On November 5th 200 people attended a tea in the National Schoolroom, “kindly lent by the clergyman.” “Pithy but spiritual addresses” came from  brothers Smith, Andrews, Faubert, Nendick, Walters, Milner and Tanfield. Five souls were converted at the openings.

The chapel cost £170 of which they had raised £140. Special thanks were given to the farmers for carrying the bricks, especially as it was harvest time, and to Earl Fitzwilliam for the land at a nominal ground rent of a shilling a year, and for a donation of £10.