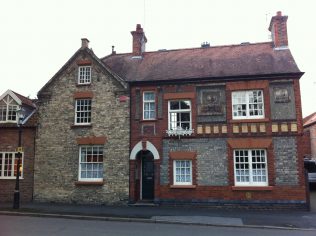 There had been a previous Primitive Methodist chapel, in Northgate. It was built in 1837 and served until 1879 when it was replaced by the chapel in East End.   It has now been converted into a house. The house is in two distinct parts; was the chapel the gable end section or the part with embossed figureheads?