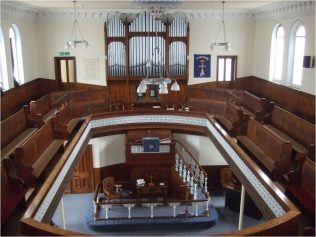 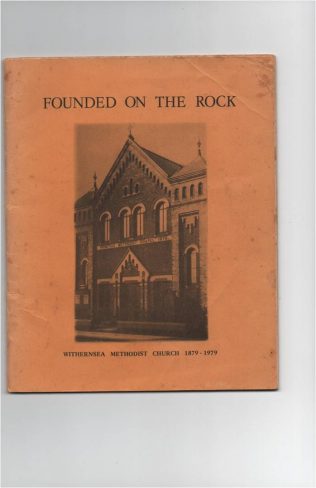 Withernsea Primitive Methodist chapel in Alma Street was opened in 1858 and served until 1878. In 1878 a new chapel designed by W Freeman of Hull was opened in Hull Road. Before the Alma Street chapel the society met in what was originally a cart shed that later became a school. In the 1851 religious census the average attendance was recorded by Grice Jackson, the steward, as 14.

The Alma Street foundation stone ceremony on July 21st 1858 is described in the Primitive Methodist magazine. The stone was laid by Miss Emma Hodge, daughter of H Hodge of Hull, using an elegant silver trowel. Speakers at the ceremony and following tea-meeting included Rev T Bennett, Rev H Clark, both of Patrington, William Locking, P Jackson of Preston, Messrs Gibson and Haller of Hull and Mr Wetherill of Burlington.

In 1989 the Alma Street chapel was used as a garage and in 2009 it was Elshedo Pet and Animal Supplies. The Hull Road chapel in 2020 is still witnessing as Withernsea Methodist Church. There is a picture of Hull Road chapel on the Withernsea in pictures website.