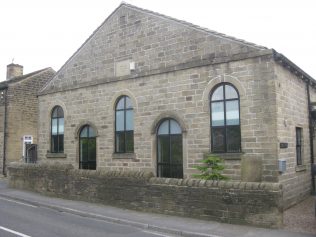 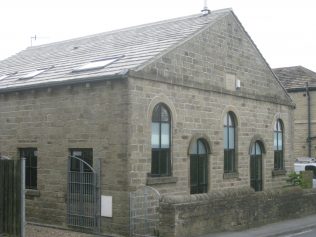 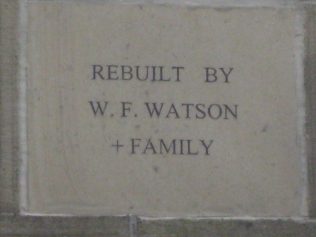 zoom
Family plaque by the Watson Family on refurbished chapel

Wilsden is a small village a few miles from Bingley in West Yorkshire.  The chapel building is in Main Street. In the 1940s it was in the Bingley Circuit. It closed in the late 1970s and was then used by the Catholics, for worship, for a period of time.

In 2014 it has been converted into a dwelling. If there was a plaque on the original building it is no longer there. Now there is a plaque which says ‘Rebuilt by W.F.Watson & family’ – presumably the owners of the property.(see photo)