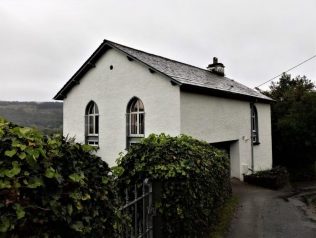 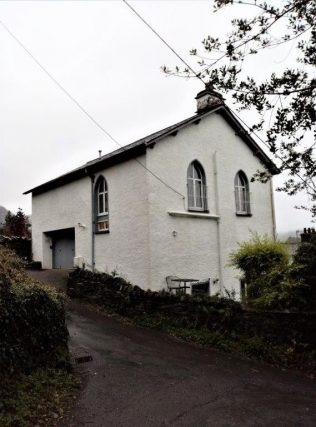 The opening of Coniston Primitive Methodist chapel in the Kendal circuit is described by Sampson Turner and John Holden in the Primitive Methodist magazine of 1859. Coniston was “a notoriously wicked place” where slate mining and working was the main employer but the society grew from the arrival in 1857 of a Cornish miner and local preacher who actively missioned amongst his fellow workers. Coniston chapel is described as being on the slope of  the “Old Man of Coniston”

J Barratt gave the ground and powder to blast the rocks and tools to quarry stone; transport was costly – no local farmers to do it for nothing. Overall the building cost £260 of which £140 had been raised by the opening, meaning £100 had to be borrowed borrowed at 4%.

There is a picture on the GenUK website. It says the chapel closed in 1900.

On Google Street View in 2011, the former chapel has been converted to residential use.