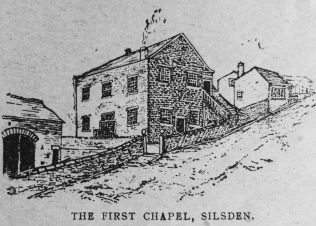 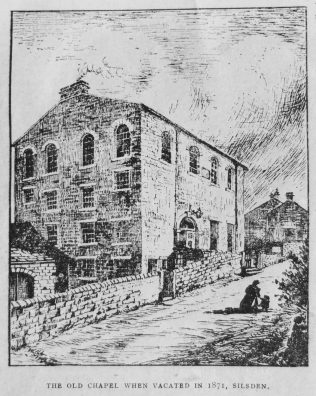 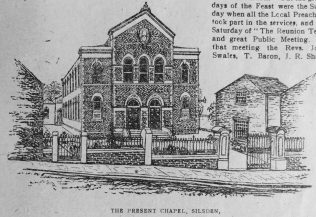 The first Primitive Methodist  chapel here opened in 1821 and it was enlarged in 1846. It was made 16 yards x 5 yards bigger and the walls raised 10 fee higher. It re-opened on 8th November 1846 with “efficient” sermons by Revs C Smith (Halifax) and J Bywater (Brigg) and “thrilling” singing. Richard Davies reported in the Primitive Methodist magazine.

A new chapel was opened on April 7th 1871 when the preacher was Rev W Jones. The new chapel had a gallery all round and could hold 1,000 persons. The 1881 Primitive Methodist magazine tells us that the chapel was enlarged – and that much of Primitive Methodism’s “excellent position in Silsden … is greatly due to Mr W Fletcher and his family”

The church website outlines the history of the society to the present day (2019). “In 1880 a Sunday school and caretaker’s house were added, creating a much admired home for church activities. The church has continued to adapt to change and in 1974 the chapel was demolished and activities moved into the Sunday school. Sadly these buildings also became old and too expensive to maintain.

In 2007 a planning application was submitted to build a new church on the site of the original 1871 chapel. Planning permission was granted in November 2008 and construction started in October 2009. The new building, costing over £800,000 was completed in August 2010.”