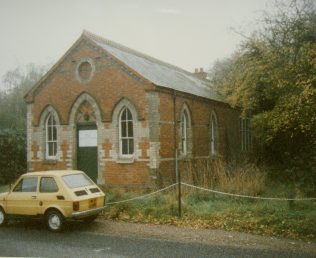 Gallowstree Common Primitive Methodist chapel was opened in 1880 and closed in 1987.  It accommodated 50 people and by the time of Keith Guyler’s photograph was for sale.

The chapel was also known as Chiltern Edge