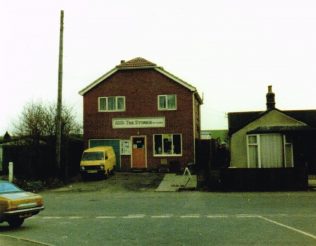 It closed around 1920 and was used as the parish church hall.  Later derelict, it was rebuilt in 1947 as a shop.

I can’t find it on Google Street View, probably because i don’t know exactly where to look.