63A Brewer Street MAIDSTONE ME14 1RY 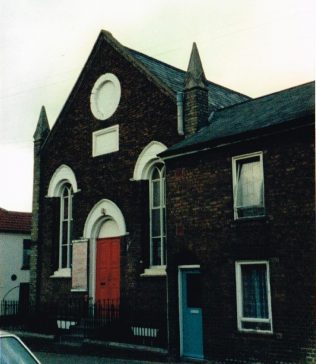 Brewer Street Primitive Methodist chapel in Maidstone was opened in 1881.  It closed in the late 1930s.   After closure it became a Rechabite Hall and at the time of Keith Guyler’s photograph it was in use as a dancing school.

The Independent Order of Rechabites is a Friendly Society founded in England in 1835 as part of the wider British temperance movement to promote total abstinence from alcohol.