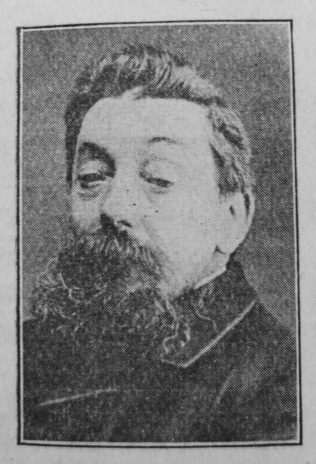 Transcription of Obituary in the Primitive Methodist Magazine by F. Rudd

It is with a deep sense of loss that we record the departure of Brother John Kemp, of the Hull Second Circuit. After a brief but painful illness he joined “the great multitude which no man can number,” on Sunday, May 22, 1904.

Our departed brother was born at Saleby, Lincolnshire. There being no Primitive Methodist Chapel in the village his parents were connected with the Wesleyan Society. He attended this church with his parents, until when a young man he removed to Alford, and at once began to attend our chapel, and at the age of twenty-one, he and a cousin surrendered themselves to Christ at the same service. So thorough was the change and so useful did these young men become, that in a little over three months their names appeared on the circuit plan as exhorters. Brother Kemp soon became an efficient local preacher, and found plenty of work in that large country circuit, being planned in the villages ten or twelve Sundays per quarter. He was sometimes a dozen miles from home at the close of his evening service, which he never left until the prayer meeting closed. He expected results, and God honoured his faith and devotion by crowning his labours with success. Sometimes he would not reach home until two o’clock the next morning, having preached three times, and walked thirty miles, and being due at his secular employment by six a.m. To serve his Divine Master and benefit his fellowmen, was the joy of his life.

At the age of twenty-seven he removed to Hull, and joined the Jubilee Church, where he met with her who now mourns the loss of a beloved husband. His married life was a happy one. He leaves behind four sons and three daughters. On changing his residence he joined the newly-formed church in Fountain Road, and continued as one of its pillars of strength until called higher.

He was a most acceptable local preacher, and was one of our most efficient class leaders; his intelligence, deep religious experience, and fervent spirit, specially fitting him for this important office. He was well able to instruct his members in the deep things of God.

Rev. M. B. Stamp (since deceased) says in a letter to Mrs. Kemp, “I need scarcely say how much I have always admired him – and look back to the happy seasons I have had with him in the class, and also at the band meeting on Saturday nights at dear old Fountain Road.” His experiences were never commonplace, all present felt they were listening to a man who walked with God.

Mr. Kettlewell, of Goole, in a letter says, “God knows we honoured him above many, and to our home he was always welcome. To me he was a brother beloved. From the first, and always, I found him the same true, manly, and Christian friend.”

He was a man of more than average intelligence. Theology, history, and biography were his favourite studies. The new History of the Connexion by Rev. H. B. Kendall, B.A., gave him intense pleasure, and fanned the devotional fire ever burning in his soul.

Being an honorary member of the Ministers’ Association of the Hull and Grimsby and Lincoln Districts, no one attended more regularly, or listened to the papers and discussions with greater pleasure than Brother Kemp.

He took a deep interest in Connexional affairs. He has represented his Circuit in district meeting, and also been elected delegate to Conference; and for many years has been a member of the District Committees in the Hull District – ever ready both by purse and personal service to promote the prosperity of the Church he loved so much. As a business man, probity and reliability were his characteristics. His workmen respected him and have said he was one of the best of masters. “Sweating” he abhorred, always paying the maximum wage in the building trade. To him “to live was Christ, to die was gain.” “The memory of the just is blessed.”

John was born on 14 March 1840 at Saleby, Lincolnshire, to parents James, an agricultural labourer, and Ann. He was baptised on 3 May 1840 at Saleby.

John worked as a builder.