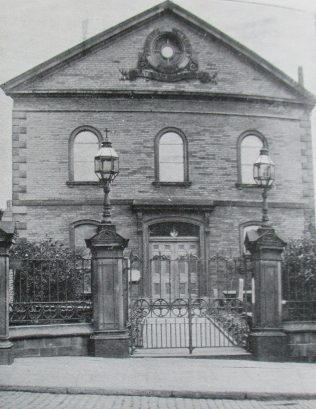 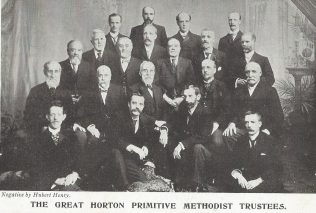 Primitive Methodism came to Great Horton in 1821, with meetings first held in a barn at Upper Green, then at a cottage in Southfield Lane. By 1824 there were 40 Primitive Methodists in Great Horton and a chapel at Town End was completed in 1825.  They could not afford to pay anyone to dig out the site, so the Society did it themselves.

The Primitive Methodist magazine for October 1853 contains a brief note by Richard Davies about the re-opening of the chapel on August 14th 1853 after its cleaning, repair and improvement. Charles Rhodes of Bradford and Rev J Parrott were the preachers. “There is an improvement of late in the society at this place and the prospect of greater gatherings still.”

A Sunday School was opened in 1861.  In 1865 the first chapel was demolished and a new, larger building erected on the site.

The chapel was demolished in the late 20th century to allow for road building. In July 2015, the site is shown on Google Street View as an area of unkempt grassland.