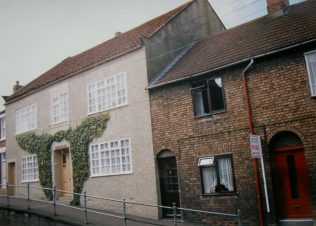 Bethel Primitive Methodist chapel was located at Brompton, just outside Northallerton.  The chapel was built in 1820 on Cockpit Hill and served until it united with the former Wesleyan chapel in 1966.  A new Methodist church was opened in 1970.

The Primitive Methodist chapel became a house called, as many similar properties are, the Old Chapel.