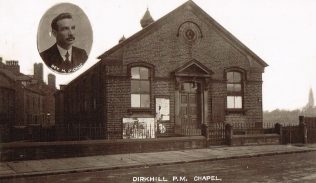 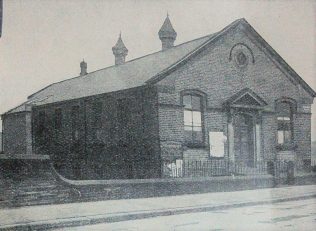 Holden Pickup was a Primitive Methodist minister in the Bradford circuit from 1911-16, which gives a date for this postcard.

The chapel was in All Saints Road, and the registers date from 1882, which suggests when it was opened.  It appears to have closed about 1972.

My grandparents were married in the Primitive Methodist School Chapel, All Saints Road, Bradford in 1920.

These servants of the Lord had sterling qualities:

‘They were engaged as agents of the Barnsley circuit in missioning Halifax, where they were charged with disturbance of the peace by street preaching, and committed for trial at the Bradford Quarter Sessions. They were acquitted with a friendly warning from the magistrates “not to do it again.” They made use of their liberty by preaching the following evening in the streets of Bradford.’
thus following in the tradition of the apostles – Acts 4:3, 4:19, 5:18, 5:21, 5:29 – Peter: ‘We ought to obey God rather than men.’