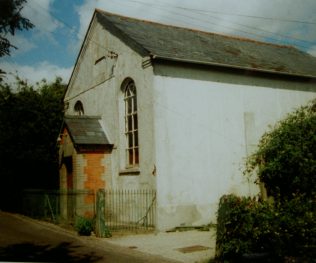 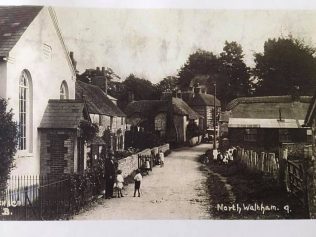 zoom
Card showing the chapel on the left.
Supplied by David Young 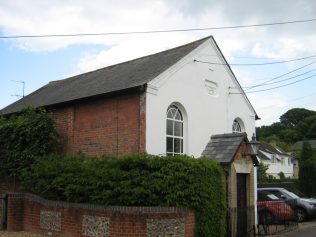 zoom
Chapel as converted to a dwelling.
David Young 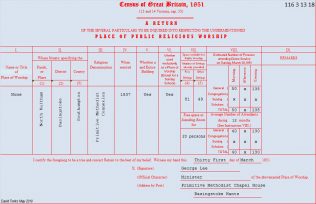 North Waltham Primitive Methodist chapel was opened in 1864, although for a number of years before that the Prims had been meeting in an old malt house they bought from 1837.  E Bishop tells us about the opening on 22nd April 1838.in the Primitive Methodist magazine. Opening speakers were Bro J Ride and Sister S Price.

In Keith Guyler’s photograph the 1864 chapel appears disused.  It was sold in 2009 for £288,500, and on Google Street View in July 2011 it is undergoing serious renovation, surrounded by scaffolding.

The Local History Society website tells us that many founder members of the Primitive Methodist chapel in the parish belonged to a Benefit Society from which 3d a month was set aside for beer. It was alleged that on the nights the money was paid out, some people got drunk causing offence to some of the more “sober” members. Primitive Methodism was established as a more temperate alternative.

In  the 1851 religious census the Methodist congregation was 40 at the morning service and 130 at the evening one. At the parish church of St Michael’s, there were 80 at morning service plus 30 at the Sunday School whilst at the afternoon service there were 125 in the congregation plus 28 at the Sunday School.  As the population at the time was around 506, this suggests over half of the village went to church at some time.