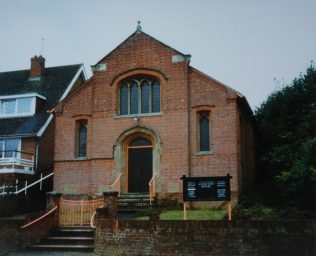 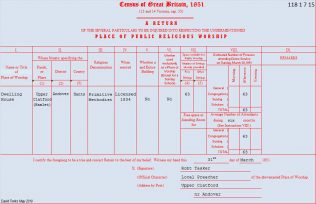 The Upper Clatford Primitive Methodist chapel shown in Keith Guyler’s photograph was opened in 1903.  There had been an earlier building built in 1871 according to Mr Guyler’s notes and in 1883 according to the Victoria County History.

Even earlier than that, the 1851 Census of Places of Public Religious Worship records an entry by Robert Tasker, local preacher. It records that services were taking place in a dwelling house that had been licensed in 1834. 63 people attended on Census Sunday.