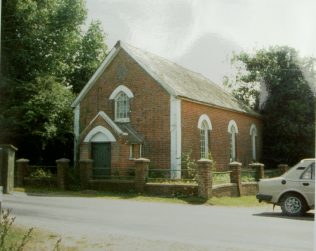 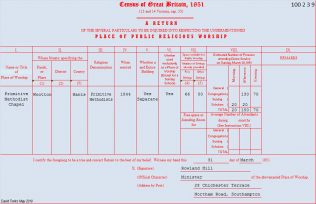 In his 1864 The history of the Primitive Methodist connexion, page 445 John Petty describes how a Primitive Methodist chapel was erected in Wootton after a preacher visited the hamlet in 1843 and “converted a number of sinners . . . and formed a society of nine members.”

At the tiime of Keith Guyler’s photograph in 1990 the chapel was disused.

The chapel building still survives and is a red brick structure with a slate roof on Tiptoe Road.  Google Street View in 2011 shows it as unloved and waiting for a use.

John Petty, (1864), The history of the Primitive Methodist connexion, page 445