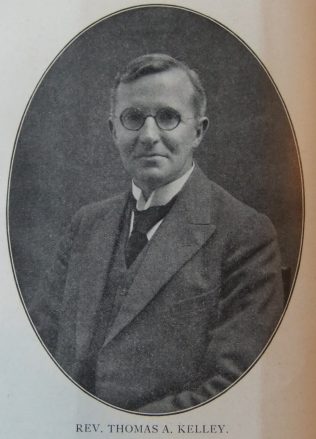 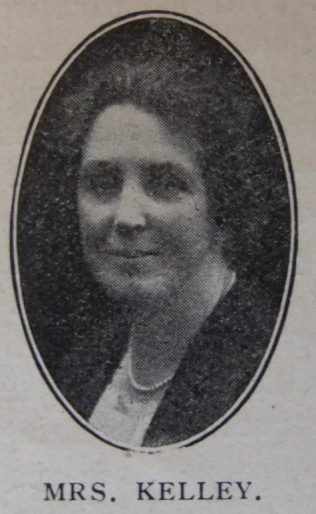 Thomas was born on 3 December 1876 at Manchester, Lancashire, to parents William Henry Kelley and Frances Kirkland. William was a master painter.

His family was long associated with the Moss Lane PM Church in Manchester. Thomas was baptised there on 7 January 1877.

Thomas lost his father when he was eight, which necessitated his going into business when he was thirteen. He made his decision for Christ when he was fourteen, became a Sunday School teacher at sixteen and a local preacher before he was eighteen. He was recommended for the ministry on his twenty-third birthday.

His obituary records that from the beginning he evidenced exceptional business aptitude and loyalty to duty, and circuit after circuit was indebted to him for his wise administration coupled with a selfless devotion to his calling.

As a preacher his work was marked by careful study and passionate earnestness. As a pastor he showed in un-numbered ways there was nothing too hard to do for his peoples good.