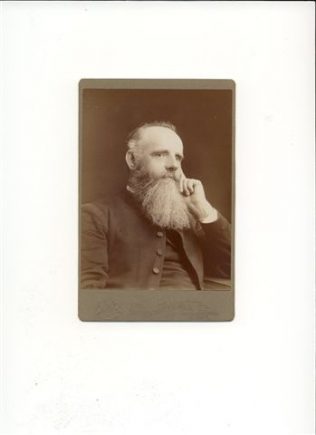 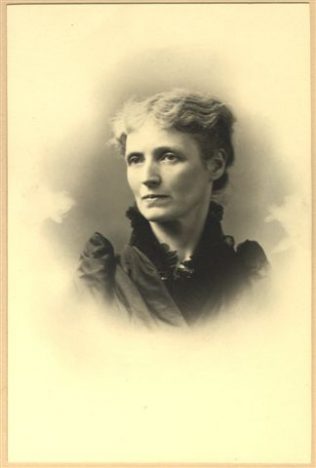 My great-grandfather, John was born in 1840 at Bayton, Worcestershire to parents Samuel Nicholls and Ann Broom. He was baptised on 6 September 1840 at Bayton. Samuel was a carpenter. The family moved to Willenhall, Staffordshire, where John was apprenticed to a locksmith and learned to make padlocks. My grandfather recalled that John preached his first sermon in the Willenhall PM Chapel, which was deserted in the 1870’s and later demolished. He went to Durham to improve his education privately to prepare for the itinerant PM Ministry.

Patterson records that the first ministers sent to the newly formed Blyth station were James Jackson and John Nicholls. From 1865 to 1873, John was stationed in circuits in the north east of England. In 1874 John was sent to Montreal as a PM Missionary. John and his wife travelled to Canada on the Prussian, which was operated by the Allen Line. Other cabin passengers included Henry Varley, a prominent evangelist, the Rev R G Rosecamp who went to be a PM Minister in Pennsylvania, and the Rev A Sims, a PM Minister who later became a Free Methodist preacher. Given that the ship’s captain was known as a man of religion by his crew, it is likely that lively religious discussions took place during the voyage.

When the Nicholls family arrived in Montreal, in early September of 1874, the John jumped into his missionary activities almost immediately. On October 17, a Saturday, the Religious Notices in The Montreal Daily Witness included the following:  The Primitive Methodist Missionary. – The Rev. J. Nicholls will preach in the Union Hall, Craig Street, to-morrow. Service in the morning at 11 o’clock, subject; ‘The Teachings of Gethsemane’, and in the evening at 7, subject; ‘The Perfect Christian and His Enjoyments’ (An exposition of Psalm 1st, verses 1-4)

Before long, the Rev. John Nicholls was attracting attention as a preacher. Montreal was not large by modern standards and its English-speaking population was small and cohesive enough that news of a new preacher in town travelled fast. At the end of October he spoke at a meeting concerning Methodist missions John spoke of the great acquisitions to the Church of Christ, gained through the missionary enterprise, and said that while in the first hundred years of the apostles they had made one million converts, the missionaries who had been working for the last seventy years claim one million and a quarter, as having been converted from heathenism to Christianity by their agency. [Witness, Oct. 28, 1874] He may particularly have been thinking of the Primitive Methodist missionary-preachers, who had been active for just about seventy years.

The Primitive Methodist mission in Montreal quickly showed signs of success. By December 9, they were advertising ‘The Primitive Methodist Church Temperance Society’, which was planning a meeting for the next day. It was to be addressed by the Rev. John Nicholls and Mr. A.G. Mackenzie. Ten days later, the parent mission was starting an outreach mission in Point St. Charles, where at first the lay preacher was Mr. Mackenzie. The mission was growing at such a rate that the Witness ran an article entitled ‘Primitive Methodism’ on December 22 in which they described how the Rev. John came to be sent to Montreal as a missionary. They also talked about the large size of the Primitive Methodist Church in the Old Country. This was followed by;

‘The missionary, Rev. J. Nicholls, is said to have been remarkably successful in winning souls for Christ, in the old country, and has been specially selected for the mission to Montreal. He is spoken of in the denominational paper as an earnest, eloquent, and effective preacher. Already his labors have been blessed; souls have been converted; and a good, and rapidly increasing congregation has been gathered together in Perry’s Hall. The congregations have more than doubled during the last month; an extraordinary power has rested upon the Sabbath evening services, and new members have been added at each of them. A choir has been formed, which will take charge of the singing on Sunday next, and the services of a professional lady have been secured for the organ. On the whole, the mission promises to be a great success.’ [Witness, Dec.22,1874]

The Religious Notices in The Montreal Daily Witness of March 27, 1875 indicated that the Rev. John Nicholls was joining Montreal’s other Protestant ministers in taking turns preaching at the Protestant House of Industry and Refuge, often referred to as the poorhouse. On March 28, he would be preaching at the House of Industry in the afternoon, in between his 11:00 service at the Primitive Methodist Mission and his 7:00 evening service there, where the subject of his sermon was described as Saviour’s Sorrow for a City’s Sins, a temperance sermon.

By December 12, 1875, Montreal’s Primitive Methodists were ready to move into their new church, the former French Presbyterian church, on Dorchester Street between St. Urbain and St. Charles Borrommee Streets. It was not far from their temporary quarters in the Union Hall. There was a kind grand opening, with two visiting clergymen preaching, one in the morning and one in the evening. The Rev. J. Gordon was from Olivet Baptist Church and the Rev. Principal MacVicar was the Principal of the Presbyterian College, Montreal.  Mr. MacVicar was a fervent supporter of mission churches in Montreal and of efforts to convert French Roman Catholics to Protestantism.  John and the members of his congregation had made a lot of progress in less than fourteen months.

John and his family lived on the fringe of Griffintown, Montreal until both my grandfather and his sister graduated from McGill. Then they moved a few blocks farther uptown. I think that my great grandfather always felt that he had a call to preach to the poor and downtrodden. Griffintown was flooded every spring for many years and he used to row around the area bringing help to his parishioners. In 1885 there was a really terrible smallpox epidemic in Montreal, and people were so afraid of being vaccinated that the doctors going around to do their job had to be accompanied by policemen. The Rev. John Nicholls somehow managed to vaccinate hundreds of his parishioners himself.

I could say more, but I think I have already run on long enough. As you can tell, I’m very proud of my Great Grandfather Nicholls. The Presbytery Meeting of the Presbyterian Church of Canada held in June 1898 published an appreciation of John, which is attached in the document below.