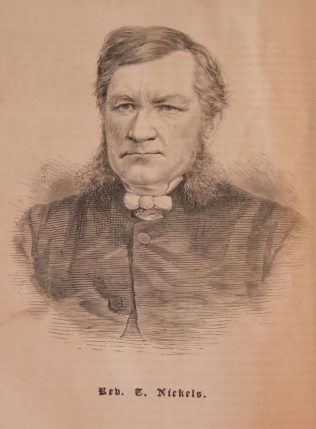 Thomas was born on 23 January 1827 at Billinghay, Lincolnshire. His parents attended the Church of England services.

Thomas was converted, aged 24, in a class meeting led by Mr John Parker. He soon became a local preacher and was called to ministry by the Donington circuit some three years later.

His obituary records that being a great lover of books, he was a diligent student; he kept in close touch with the thought of the day. His sermons, which were carefully prepared, were of the evangelical type and strictly orthodox. He placed high value upon the class meeting and the prayer meeting.

Possessing a strong physique and a good voice, he engaged a great deal in open-air and mission work.

Thomas died on 27 December 1906 at Burton on Trent, Staffordshire.