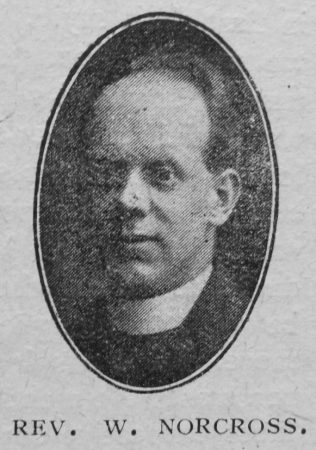 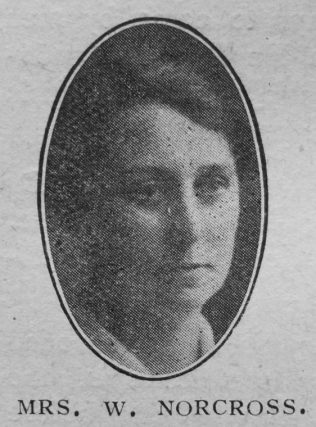 He was a pioneer missionary going straight to Calabar from college. In his first years abroad he worked in the Efik Area of East Nigeria and gained a perfect command of the difficult language. After ten years abroad he came back to the home work for three years but was then asked to return to East Nigeria where he stayed for twelve years. He pioneered work in the Idoma country mastering the language, reducing it to writing and translating into it the Gospel of Mark. He also wrote a primer for the schools and a collection of hymns making up the Idoma Hymn Book. The Norcross Memorial Church at Oturkpo is a symbol of the love in which he was held by the people.

Returning home finally in 1936, he served for nine years in the Watford Circuit, and then became Superintendent of the Newcastle, Staffs. (Ebenezer) Circuit. He was an active supernumerary at Warlingham, and at Hemel Hempstead before he moved to Hall Grange, the Methodist Home for the Aged at Shirley, Croydon.

Throughout his life he exercised a remarkable pastoral ministry. He was little in stature, but great in spirit. He showed courage, humility and patience in many different situations and gave wise counsel to many at home and overseas. His quiet serenity and gentle gaiety sprang from his faith in the God he served so well, with the result that he was loved and respected by old and young alike. He found great joy in his home and family.

He died at Hal! Grange on 8 October 1970, in the eighty-sixth year of his age and the fifty-ninth of his ministry.

The 1901 census return records William as a general labourer.