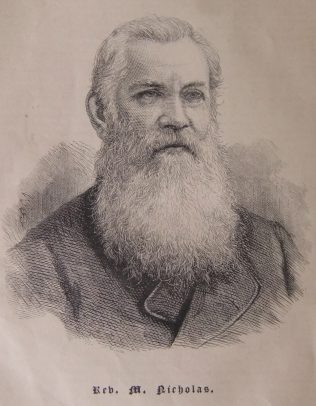 Maurice yielded himself to Christ at the age of 18 and immediately began to preach.

Maurice spent 40 of his 42 years as an itinerant minister in the Tunstall District.

In 1866 the general Missionary Council asked him to go to Africa to open a mission in Natal. After much prayer he was prepared to go, but the poor health of his wife held him back and he remained in England.

Rev Charles Smallman wrote: “he was earnest, intelligent, energetic, an arousing preacher and a plodding and successful worker in his Master’s Vineyard.”

Maurice married Mary Steel (1834-1875) on 19 September 1860 in the Birmingham Registration District. Census returns identify three children, although Maurice’s obituary records he had four children; three were alive when he died.

Maurice married Mary Whitelegg (d1890) in the spring of 1878 at Nantwich, Cheshire.