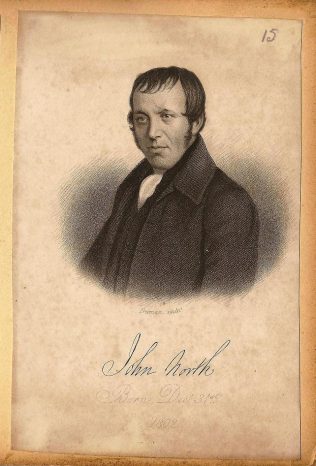 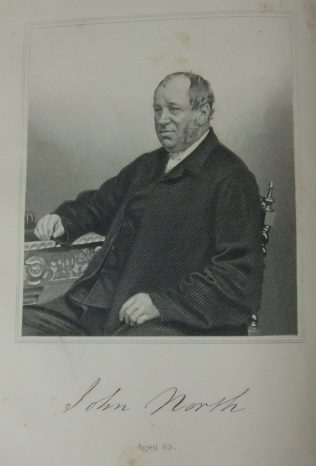 John was born on 31 December 1802 at Carlton, Yorkshire to parents John and Christiana. His parents were Wesleyans. Growing up, John developed an interest in sacred music and singing and joined the choir at Rothwell parish Church. A clergyman gave John and some other youths instruction/education each Friday evening.

In May 1817, John was apprenticed to Mr J Walker of Armley, a cloth manufacturer.

In 1821, John was converted through the Primitive Methodist missionaries visiting Armley, where worship took place in a small cottage. John and a few others funded the rent of a larger place of worship and the society rapidly grew from four to eighty members. Three months after his conversion, John was assistant leader and society steward.

In September 1821, John was put on the plan without his knowledge. This gave him much anxiety and he agonised at great length. During his anguished prayer at night, his master’s son was converted and John saw this as a sign to begin preaching.

John was called by the Leeds circuit into the ministry in May 1823. His father was very opposed to this, not understanding why his son should be part of what was seen by the Wesleyans at that time as a very disreputable movement.

Whilst at Lincoln, John had a narrow escape from drowning. he was walking from Bardney to Lincoln in the dark and suddenly plunged into a deep drain by the roadside – he was not sure afterwards how he managed to get out.

During his 45 years as an itinerant minister the numbers on his stations increased by over 800. John was chairman of the first London District Meeting and spent 22 years as treasurer of the Conference Fund.

His obituary records that as a speaker, in the vigour of his manhood, he was powerful, effective and popular.