You are here: HomenextChapelsnextCornwallnextNancledra PM Chapel 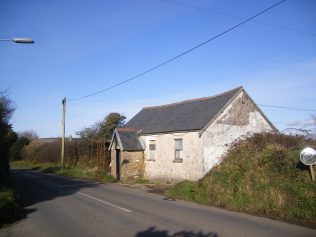 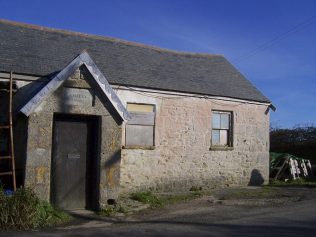 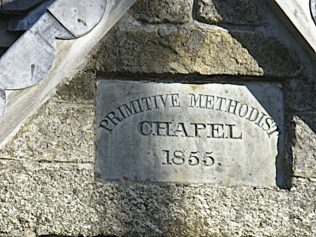 Nancledra (Hill) is situated on the B3311 road from Penzance to St Ives in a rather isolated position about half a mile up a hill from the village itself.  The date stone shows it was opened in 1855 and according to Primitive Methodism in Cornwall by J.C.C. Probert, the chapel was 20 ft. long and 15 ft wide seated nearly 100.  The society expanded and in 1859 the chapel was lengthened by 14 ft and a gallery 4 seats deep was added, as well as the porch.  A wooden floor was put in, the interior was decorated and the walls boarded as high as the pews.  Although quite a lot of money was spent on repairs in the years after the second world war, including the installation of electricity in 1957, the chapel closed in 1963 and the congregation united with the ex-Wesleyan congregation in the village.  Thanks to Rev Tony Barnes, who gave the directions which enabled us to find the building, which is still standing.